At Weather Routing Inc., our services go well beyond the standard routing and forecast services our clients have come to know over the years. We provide specialized services that fall outside the realm of traditional services for yachtsmen. Here are just a few examples.

In June of 2019, Operations Manager Jeremy Davis served as the crew meteorologist onboard the S/Y Ice Bear, captained by Andy Schell and Mia Karlsson, which sailed from Lunenburg, Nova Scotia to St. John’s, Newfoundland. Learn about this passage in the On The Wind Podcast #272, hosted by Andy Schell.

In 2018 and 2019, Weather Routing was proud to be the official weather sponsor for The Swim and The Vortex Swim. During The Swim, Ben Lecomte swam from Japan east for over 1000nm, raising awareness on plastic pollution in the Pacific Ocean. In the Vortex Swim, Ben swam 300nm through the Great Pacific Garbage Patch, documenting the extreme amount of plastic pollution in that region. We kept him and his crew safe through many different weather events, including typhoon avoidance in the West Pacific. For more information on these events, please visit https://benlecomte.com/.

“We have been supported by Weather Routing Inc for all our weather forecast and sea condition analysis for the past years. We could not have had a more reliable partner and an easier access to critical information to make our expeditions safe and a success. There are a lots of unknown when I swam in the middle of the Pacific ocean but thanks to Weather Routing Inc, weather was never one of them. It felt like eyes were on us at every step of the way; it was reassuring to all us to know we were monitored 24/7 and we could contact someone at anytime.” 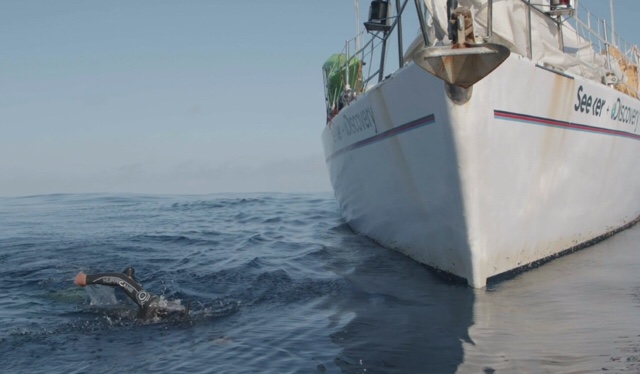 In July of 2018, Jacob Adoram set off from Neah Bay, Washington to row solo, non-stop to Cairns Austraila. 335 days later he arrived in Cairns achieving the world record of the longest time at sea for a solo rower. He also became the first person to row solo, non-stop and unsupported, from North America to Austrailia. WRI assisted Jacob with his planning and providing forecasts/routing advice while he was underway. For more information visit: www.jacobadoram.com

“I began a journey across the Pacific Ocean from Neah Bay, Washington with my sights on the distant shores of Australia. However, my craft was a 28′ rowing boat, and I was to attempt the journey solo, non-stop, and unsupported. The excellent service I received included consistently accurate weather reporting products, prompt and helpful responses to any related questions, and felixible communication options. I always felt secure that I was receiving the best forecasting available.

After 11 months at sea, I reached the distant shore of Australia as I’d planned. WRI was instrumental in providing the details needed to make the journey a success. We communicated via satellite email using the Iridium Go! and text messages using the Garmin inReach. Both methods were easy and responses were always what I needed, when I needed it. I reached my intended destination after covering over 9,000 miles across the ground, having achieved a world record in the process. I’d recommend WRI to anyone, short journey or long. Thank you, WRI for the excellent service and support along the way!” 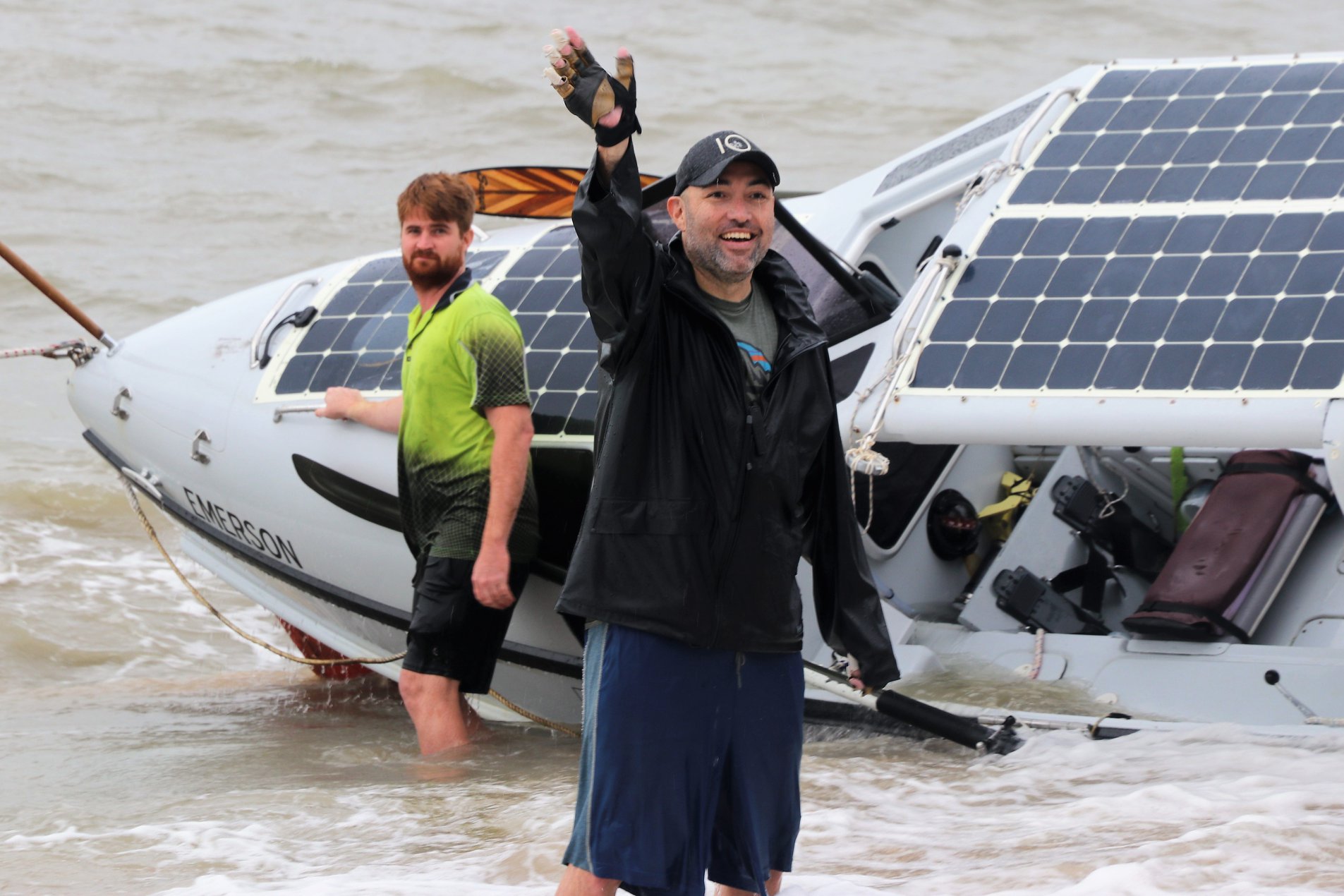 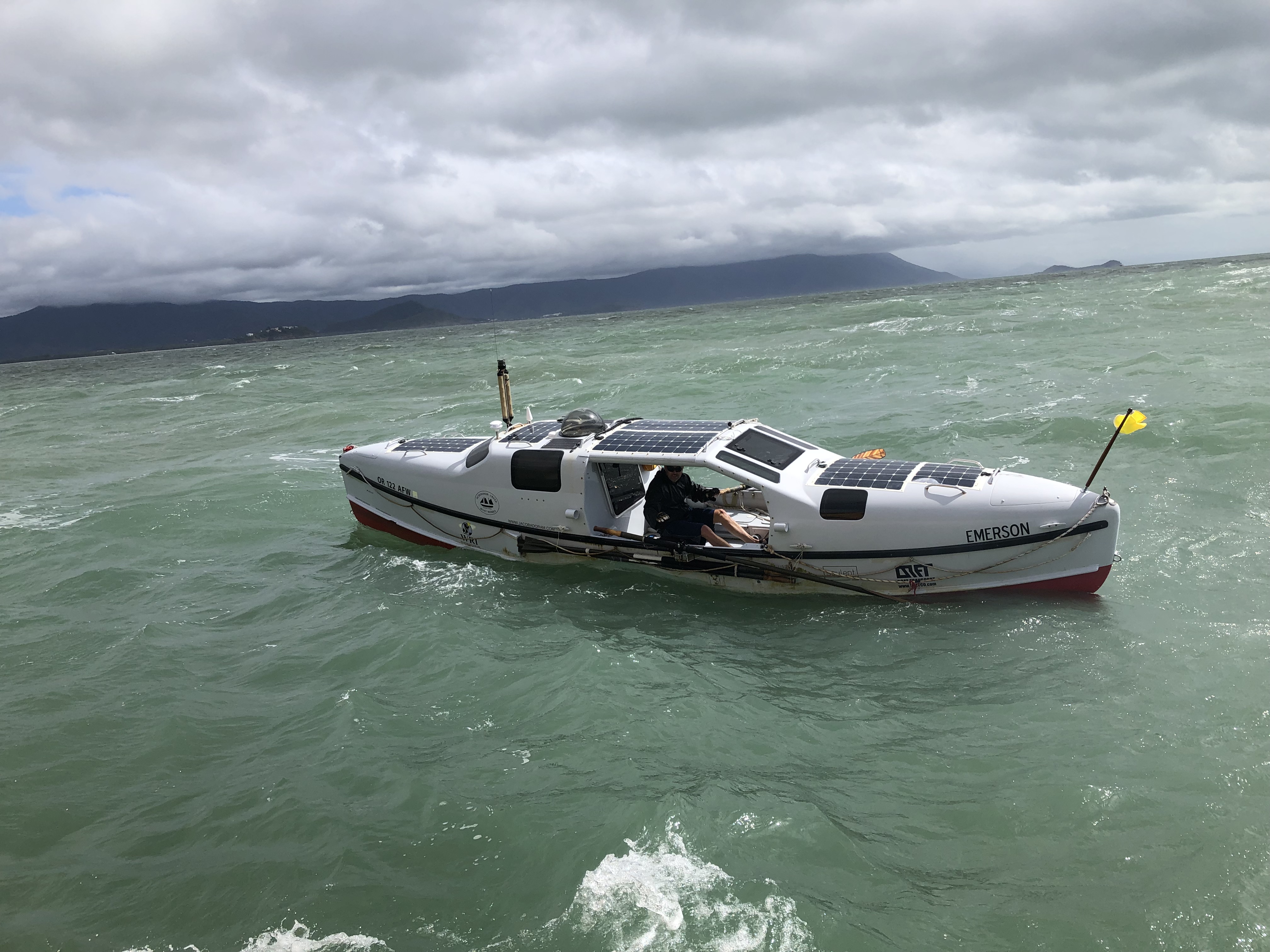 The Dorothea III and accompanying Sport Fisher “Post One” are working their way around the Atlantic Ocean along with WRI’s support. They are in the midst of a fundraising campaign called “The Marlin Mission” whereby supporters can pledge money for each marlin caught. The proceeds of this endeavor will be used to buy school supplied for children in the Cape Verde Islands as well as the remote communities in Brazil. WRI is proud to help support the Dorothea III.

In the summer of 2018, Bryce Carlson set a new world record for the shortest time to row from Newfoundland to Isles of Scilly, England, in 38 days, 6 hours, 49 minutes. WRI was proud to be the official weather provider for this historic accomplishment

“WRI was an absolute godsend on my world record breaking North Atlantic Solo Row. Over the 2000 mile journey from Newfoundland to England, their forecasts proved incredibly accurate, helped me navigate through tricky currents and winds, and granted peace of mind. I can’t imagine putting oars or sails to open water again without WRI on board, and am confident my world record breaking finish would not have been possible without them!”

Sail for Water is the first round-the world tour on a sailing boat supporting universal access to clean drinking water. The three cousins Nicolas, Thomas and Romain aim to distribute 1000 filters in 1000 days in order to help a potential of 100 000 people. To do so they will cross 3 oceans, visit
5 continents and 22 of the countries worst affected by unsafe drinking water. Visit www.sailforwater.org

Weather Routing was pleased to be featured on 59° North’s podcast in June of 2016. Check out Andy Schell’s discussion with our Operations Manager Jeremy Davis. Episode #152 is a fascinating and technical conversation with Jeremy Davis, a senior forecaster and weather router at WRI. Andy & Jeremy talk about climate change, pilot charts, hurricane season, Bahamian derechos (i.e. wicked and sustained thunderstorms), how to become a meteorologist, the difference between weather routing & weather forecasting and much much more.

Weather Routing was proud to be the official weather provider for Abraham Levy, who became the first person to row solo from Spain to Cancun Mexico from October 2014-March 2015. Read our interview with Abraham Levy!

“There are no words to express how appreciative I am of your good service…it was wonderful…and it made me very confident and secure.”

Check out this excellent story about our company! Long Distance Forecasters by Mountain Lake PBS

“My name is Neal Mueller. I was a rower on Arctic Row. Without Weather Routing we wouldn’t have been sunk, but we would have been dead in the water. WRI told us which days would be worth it to row and which would not. For 41 total days at sea, our four-person team split into 2-man teams to row 4 hours on and 4 hours off, around the clock, 24 hours per day. Some days the head winds were so strong that we hid behind ice bergs or land outcroppings. Other days tail winds let us make up for lost time. WRI send us weather predictions allowing us to know how long of a sprint we faced and when we should seek shelter.

With the help of WRI, we became the first and longest row across the Arctic Ocean, 1000 miles in all, and were inducted into the Guinness World Record book of 2012, for “longest Arctic Ocean row”.”

WRI has provided forecasts for Captain Brett McBride and crew for the filming of the “Shark Wranglers” television series. Fisher Productions

WRI provided weather forecasts and routing for The Sunset, while underway from California to Hawaii in 2010. This vessel was used for the filming of the Pirates of the Caribbean.

Weather Routing Inc. provided forecasts and routing advice to the S/V Summer Wind, a classic Caribbean wooden sloop while enroute from the Caribbean to New York City. This vessel is expected to be featured in a documentary called Vanishing Sail.

“Thanks again for the daily weather forecasts.I definitely noticed the accuracy, often even better than the weather forecast on the local news. Especially the wind(direction, strength) during the day was useful in order to choose to do more or less distance in morning or afternoon.

So I’ve made it safe and sound from Amsterdam to Barcelona!

Fulweiler LLC provides experienced and aggressive legal counsel to the admiralty, maritime, and transportation sectors. The firm handles all types of maritime claims, including boating accident litigation and arbitration services for clients along the East and Gulf Coasts.

Congratulations to Captain Robert Giles on the S/Y Cache for winning his division in the Harvest Moon Regatta. The Regatta place on October 13, 2016 from Galveston to Port Aransas, Texas. Giles utilized WRI’s race forecasting service which proved to his advantage in a tricky weather pattern.

…and more! Contact us today and find out more about what we can do for you.